The Brown Trout Spawning Season is Near 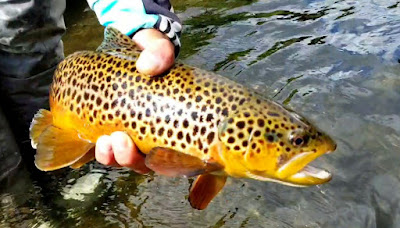 As autumn moves in with her golden scarlet vibrant hues, the wind will whisper the tumble of the turning leaves.  The flaming foliage will settle to the earth as the warmest of dusting snowfalls will push into the months of September, October, and November with the sparkle under the morning frost.  Fall brings the brown trout spawn with some incredible fishing opportunities.  There are many ways to enjoy catching beautiful brown trout while still protecting the outdoors while they spawn.

The brown trout are also known as the German browns (Salmo Trutta) are known to be some of the more guarded and helter skelter trout for the angler.  We are drawn to these attractive trout by their irresistible golden brown body, illuminated with black and red spots on their sides, and their butter yellow underbellies.  Their pectoral fins are painted with the distinct white margins on the lower edges.  They can thrive on some poor water quality conditions than other species of trout, and they are less susceptible to parasites.  These hardy trout fancy hiding beneath undercut banks, or hunkering down near the belly of a river until darkness falls. 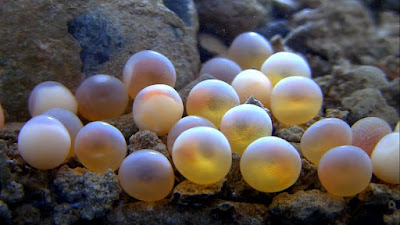 Between now and the start of winter, the female browns will clear off shallow areas in the river by fanning their tails in areas of flatter water.  A redd is a space of groomed, typically of pea-sized gravel that trout have shifted into a depression on the river bottom.  Oftentimes, there is a small heap of gravel at the downstream of the redd.  The female trout will deposit her eggs in the redd where the eggs will sift and settle into the trout nest and the gravel heap.  There maybe up to two males and will move alongside of the female and fertilize the eggs with milt.  The female trout will then move to the upstream edge of the redd and fan her tail on the river bottom to create stir of current to cover the eggs.  Trout are quite aggressive while over the redds to guard their eggs and spawning habitat.  After the fertilizing activity, the eggs are left alone.  The development of the eggs will depend on water temperatures.  Colder water temperatures will have a slower development with the eggs. 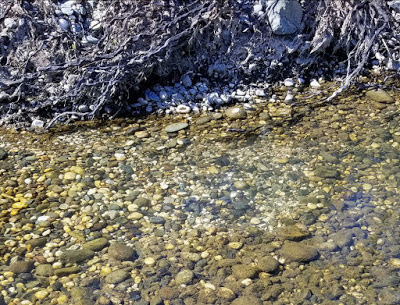 There are plenty of natural predators and obstacles for the survival of these redds.  Be very careful when wading where you step.  Walking across a redd can perpetually mash thousands of eggs and displace many others.  Displaced eggs have no chance of hatching and crushed eggs undeniably have no survival.  If in need of crossing, avoid redds as much as possible. Covering of settled mud and silt over eggs can be less optimal.  It is best to cross downstream below the redds, or walk along the banks.  Steer clear to ensure that the trout have the best opportunity to spawn uninterrupted.
The brown trout eggs incubate through the winter and hatch around four to twelve weeks dependant upon temperatures and that the redds remain safe and serene.  The ova then hatch into alevins.  The young alevins survive upon the nutrients from their large yolk sacs before emerging as little trout fry at 14-30 days.  Only a small percentage of tiny fry emerge from the gravel during the first warmish days of early spring. The fry dwell in shoals and quiet water usually close to the shore and nourish on minute invertebrates.

A trout of less than one year in age is called a parr.  At this stage in their life, they are recognized as young trout.  They have distinctive characteristics or parr marks along their sides, and they will loose these marks as they grow older.  Parr have similar dwelling needs as the fry with plenty of areas to hide from predators.  They are able to flourish in swifter and deeper water.  These pocket-size brown trout will feed on chironomid larvae, small arthropods, and nymphs.  Young brown trout have a greater chance of survival once they reach a few inches in size.

Juvenile browns may reach in sizes of four inches and greater by the end of their first summer.  In most park rivers and streams, the average age of maturity is between one and three years.  The typical life long span of a wild brown trout varies upon the size and conditions of their habitat.  Brown trout generally have greater longevity averaging about five years. 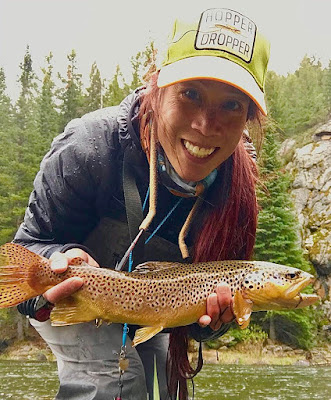